Can Social Enterprise Help Alleviate Poverty Around the World?

More than a decade ago, a few MBA candidates attended a presentation on the work of Dr. Muhammad Yunus, who won a Nobel Peace Prize for founding the Grameen Bank and pioneering the concepts of microcredit and microfinance. (He also earned his PhD in economics from Vanderbilt in 1971.)

The students were struck by the presentation and wanted to learn more about how they could apply their business knowledge to poverty alleviation. They asked Bart Victor, now the Cal Turner Professor of Moral Leadership, about teaching a class on the intersection of poverty alleviation and business principles. Professor Victor told them to go see how see how many people would be interested in the class — the minimum number of students is 10 — and report back. 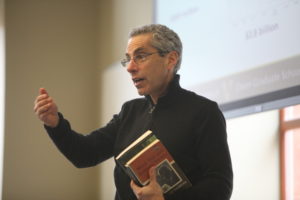 The initial group of MBAs signed up 70 students for the first course.

With Professor Victor’s help, the students approached Vanderbilt alumnus Cal Turner, Jr. — the former CEO, chairman and president of Dollar General Corporation — for financial support to subsidize research and travel for the course. Turner agreed to help, and Project Pyramid was born.

For more than a decade, Project Pyramid has been teaching graduate students from across schools how to use business principles to alleviate poverty and about the challenges and rewards of social enterprise. We talked with students, faculty, and staff to find out why Project Pyramid is still going strong 12 years later.

How the Class and Projects are Structured

“(Students) wanted something a lot more substantive, something that drew on their professional status and not being bad carpenters and replacing work that anybody can do,” Professor Victor says of the class’ focus on consulting.

While the curriculum shifts from year to year based on student interests, the course maintains a consistent schedule. Students take Mod III (January and February) to learn about poverty and different ways to alleviate it. They are also formed into project teams and begin doing research on their organization and country to prepare for their trip over spring break. Class occurs twice a week, but students also meet in groups and participate in leadership development (LDP) activities outside of class.

The spring break trip is not mandatory, but participants are highly encouraged to travel to meet their project partners, and the vast majority of students do so. During the trip, they meet with their partner organizations, interview key stakeholders, and conduct market research. When they come back in Mod IV (March and April), students work on their deliverables and meet with another Project Pyramid team for cross-consultation peer feedback.

Student also receive support from staff at the Turner Family Center for Social Ventures (TFC) in terms of travel arrangements and planning their itineraries. TFC staff also share insights into what they have gained from past Project Pyramid trips.

Faculty teach the course, and TFC staff support the trips and provide advice, but Project Pyramid is fundamentally a student-led initiative. A board of five students interview candidates for the class, assemble the project teams, and identify organizations and countries they want to work with and visit, respectively. 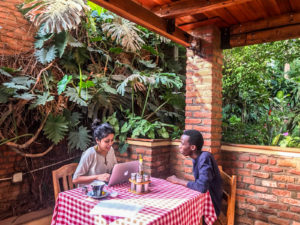 Project Pyramid participants are quick to point out that this is not volunteer work, charitable aid, a mission trip, or another type of international service. “To this day, we don’t do direct service. We don’t go build houses or any of that kind of stuff,” Professor Victor said. “They engage the problem as professionals in support of organizations which are doing direct service, rather than doing direct service themselves…That’s what we can do responsibly, and that’s what leverages (the students’) skills.”

The focus of the class is less on arriving at the right answer or turning in a successful deliverable, and more about learning how complex the causes of poverty are and how equally complex the solution must be.  “(Students) see ‘(Poverty) is not all going to be solved in one week. It’s bigger than me, it’s bigger than my team, it’s bigger than this project or this organization.’ That’s when they’re really thinking about impact,” said Kathleen Fuchs, Managing Director for the TFC.

Who Enrolls in Project Pyramid?

Approximately half of the class attends Vanderbilt Business. The other half come from other graduate programs across the university, including economics, education, nursing, and divinity. Both domestic and international students participate, and they may or may not have previous social enterprise experience.

“The door is hugely open for students who have no experience in (social enterprise),” said Carys Petrie, this year’s chair of Project Pyramid. “We want to attract people to Project Pyramid who are going to be investment bankers or teachers or nurse practitioners. They’re not going to work in social impact, but in the back of their minds, they’re going to have what they’ve learned…One day you might be in a position of influence where you can change an entire company’s (corporate social responsibility) policy or the way they think about social impact.”

“I had never heard of (social enterprise) before, and I really fell in love with the idea of creating a sustainable solution to alleviate poverty. That whole idea of sustainability is something I really lacked from my prior (service) experience,” said Brandon Kieffer (MBA’19), who travelled to Guatemala with Project Pyramid this year.

What Students Gain from Project Pyramid

The Project Pyramid learning experience is deliberately designed to be multi-faceted. “It’s not just about us going over as volunteer (consultants). This is a class that is for us as students, and it’s an opportunity for us to learn and gain that extra experience in education,” Kieffer said. “We want to be able to put the things we are learning here at Owen into practice, and if it has a social cause to it, that’s even better.”

“I came in with a view that I was going to contribute so much (because of my exposure to poverty in India), but Project Pyramid has contributed to my learning so much as well as a person, as a leader,” added Radhika Karve (MBA’19), an international student who traveled to Colombia with the Coletco team. “One thing I realized is that diversity is not just in terms of race, color, gender, it’s also in terms of thinking.” 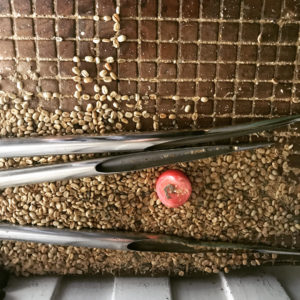 Karve says that the trip also opened her eyes to the conditions that people in poverty experience around the world. Her team interviewed coffee pickers, who work 18-hour days, often live in unsanitary conditions, and essentially have no healthcare. “Now, whenever I have a cup of coffee, I think about how much hard work has gone into making that cup of coffee. A lot of self-reflection and self-realization (has been happening),” she said.

Students also discover how to function within teams that contain students with different backgrounds and mindsets, often learning from each other as much as the course material. Finally, they’re growing as leaders thanks to coaching from the Leadership Development team, a new component added to the course this year.

“It’s good to have (students from other graduate schools) remind us that we’re about to — or I am about to — graduate and I’m going to go into a world where not everyone will have a business background…and that people will communicate differently,” said Maria José Rodriguez Gaitan (MBA’18), who traveled to Ethiopia with the fashion brand ABLE.

“When you put things on your resume, you want to signal something to whoever is reading your resume. I used to think of Project Pyramid as signaling that I care about the world and sustainability or CSR practices or social ventures. But I think it’s way more than that…it’s very business-oriented,” she continued. “(Project Pyramid) is the perfect place to try leadership skills, group work, working on an actual business project, and also learning about social venture.”

Difficulties and Rewards of Social Enterprise

Just as like the non-profit and startup worlds, social entrepreneurship is fraught with difficulties. Social enterprises often find themselves in an economic conundrum: They don’t receive donations like non-profits, but they’re also competing with purely commercial businesses that aren’t bound by social missions, such as fair labor practices or ethical sourcing. These social constraints often drive up the cost of the social enterprise products, making them more expensive than not-so-socially-minded competitors.

Furthermore, many of the founders of social enterprise organizations are either ex-pats living in a foreign country, or rich locals who were educated abroad. It’s unclear what will happen to these organizations if the founders have to return to the U.S., run out of money, or simply get bored and move on.

“For me, what was more shocking about Guatemala…was that I was not able to find one single social venture that was started by low income Guatemalans,” said José Hurtado (MBA’18), who’s working with B’enam, which makes reusable and stylish bags. “The people who already have a lot of resources, money, education, experience, are the ones who are doing all this (social enterprise). I don’t see a real shift of power…I would love to go back in five or 10 years and ask again ‘what happened to all these companies?’ and see if they’re still there.” 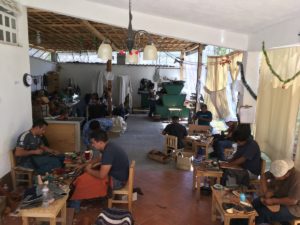 Indeed, in many ways, the social enterprise world is similar to that of “traditional” for-profit startups. You always hear about the company that was started in a garage and went on to achieve a $1 billion valuation, and that’s the dream for many startup founders. But the vast majority of startups either eventually fail, or remain successful (but small) lifestyle businesses, serving people in their community but not many beyond that.

But this doesn’t mean that either startups or social enterprises aren’t worth trying. Indeed, students said that they did see examples of success during their travels, such as Ecofiltro, a social enterprise that sells clay and enamel water filters to both people living in poverty and hotels and rich urban-dwellers; purchases by the latter help subsidize filters for the former. It’s social enterprises like this that inspired them to enroll in Project Pyramid, and to look for other opportunities to apply business principles to poverty alleviation.

“You have to look at those (successful social enterprises) and realize how much impact they are able to have…if you have a business that’s sustainable, that can become self-reliant and financially independent, it’s going to do more good then something that’s dependent on donors or that’s giving away stuff for free,” Kieffer said. “At the end of the day, I don’t know if Owen students can solve world hunger, but we can help consult with business and make sure they’re allocating their resources the proper way to make sure this is something that can be a sustainable venture.”