What Happens in Vegas Stays on TripAdvisor? New Research on Understanding the Role of Narrativity in Consumer Reviews

Online consumer reviews are a powerful form of word of mouth—69% of consumers have indicated that they base their purchase decisions on them. Literature on word of mouth language has uncovered several attributes of reviews that coincide with positive consumer evaluations, but the impact of “narrativity,” or how a text tells a story, has not been thoroughly investigated—until now. 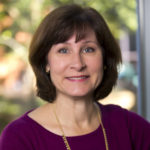 New research from Jennifer Edson Escalas, Associate Professor of Marketing at the Owen Graduate School of Management, explores the impact that a narrative review can have on consumer engagement and persuasion. Published in the Journal of Consumer Research, the study is titled “What Happens in Vegas Stays on TripAdvisor? A Theory and Technique to Understand Narrativity in Consumer Reviews.” The study was co-authored by Tom van Laer of the Cass Business School, Stephan Ludwig of the University of Surrey, and Ellis A van den Hende of the Delft University of Technology.

The research focused on the four theoretical foundations of narrativity:

Using these foundations, the authors developed a framework for understanding which narrative elements account for transportation and persuasion that can lead to an influential consumer review.

The authors focused on four core elements of content—a character’s thoughts and emotions, and the story’s sense of space and time—and two core elements of discourse, genre and drama, to form six hypotheses around the dimensions of a review that lead to transportation and persuasion. Based on previous research, the authors posited that six characteristics of a review are better suited to sweep readers away and elicit positive attitudes toward the review and, in turn, the product. Specifically, the more a review…

…the more the review is likely to facilitate transportation and persuasion.

Through three studies, the authors found that these attributes do in fact lead to increased likelihood of transportation and persuasion. First, they developed a new computerized text analytical technique and applied it to almost 200,000 TripAdvisor reviews, in English, of “things to do” in Las Vegas. Their goal was to determine whether the narrative elements they identified would have an impact on positive review feedback. They found that all six did in fact have an impact on positive reviews.

To determine their impact on transportation, the authors conducted a second study with live participants, who read a subset of the TripAdvisor reviews from the first study and judged them on transportation and persuasion measures. The results confirmed the link between narrativity and persuasion; more narrative reviews were deemed more transporting and garnered more positive evaluations, regardless of the number of “thumbs-up” gestures from TripAdvisor. 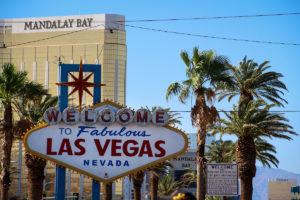 The research’s final study addressed the sixth hypothesis—namely, that reviews formed in a “curiosity” order (which opens with an emotional climax, followed by an explanation), rather than a “surprise” order (where events build to an emotional climax), are more persuasive. Participants read a review built in a curiosity or surprise order, then asked to judge them on helpfulness and other factors. The authors found that participants reported higher levels of transportation, positive feedback, attitudes and intentions with the curiosity-ordered reviews, substantiating the sixth premise.

Previous research has investigated what constitutes a persuasive narrative, but these are the first studies to examine the elements of story that shape one. Developing and using new computerized language analysis techniques, the findings indicate that positively received reviews are not just efficient information dumps; their potency lies in the stories they tell, and how well they tell them. The research opens questions around narrativity’s impact in other languages, the reconceptualizing of stories beyond narrative elements, the effect of narratives on conversion, and how the preference for “storytelling” reviews could help reviewers build their own brands.

For consumers and reviewers, the study offers useful guidance on the power of narrativity. Consumers should be mindful that well-written reviews don’t correlate directly with product or service quality, despite their persuasive charateristics. Reviewers looking to grow their audience, on the other hand, should consider employing these narrative elements to build a positive reputation on review-hosting sites like TripAdvisor, Yelp, or elsewhere. The sites themselves can utilize these findings to serve up more narrative reviews to audiences. For businesses, this study offers powerful guidance on how to use reviews to better promote their products and services, and how to leverage customer reviews to greater benefit.