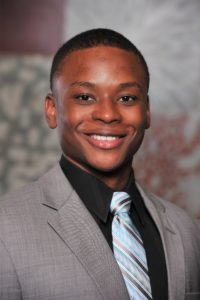 Reggie Ford (BA’13, MAcc’14) has been an entrepreneur for as long as he can remember. At the tender age of eight, he embarked the first of many ventures when he asked a friend to draw designs of Looney Tunes characters, which he then traced onto T-shirts with paint pens and sold to other children. “That was just really exciting for me to put something out there that people wanted and liked to buy,” Ford said.

After that, Ford dabbled in a variety of fields, from operating a one-man barbershop during his college years to starting a social media management and web development company that eventually fizzled out. He hit upon a winning idea with Rosecrete Wealth Management, which he recently launched after a stint in accounting.

“I’ve always had an entrepreneurial spirit,” he said. “I just never knew what that was going to materialize into.”

Finding His Path in Business

Ford knows first-hand how important education and financial support are to success: He grew up in a low-income East Nashville neighborhood where crime and violence were all too common, and he worked hard to overcome poverty through academic and athletic excellence. He received multiple scholarship offers from many schools, including the Ivy League, but ultimately chose to attend Vanderbilt.

While at Vanderbilt, Ford walked on the football team and studied for an undergraduate degree in economics. However, he still wasn’t sure what career he wanted to pursue after graduating college. Then during his senior year, a recruiter visited his accounting class and presented on Vanderbilt Business’ one-year Master of Accountancy (MAcc) program. “The whole pitch that the MAcc program provided was absolutely phenomenal,” Ford said. “I thought it was too good to be true.” 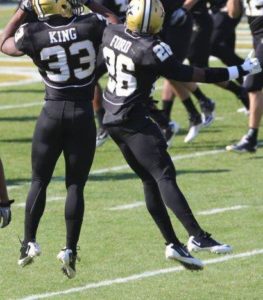 Ford celebrates with a teammate on the Vanderbilt football field

Ford decided to stay on at Vanderbilt for another year to earn his Master of Accountancy. True to its word, the MAcc program provided him with unparalleled access to the business world. “Owen definitely stuck to its sales pitch by providing very close to unlimited resources to the Big 4,” he said. “It provided us with great education and preparation for the CPA exam, which set me and a lot of my classmates apart from a lot of other graduates.”

These experiences gave Ford a growing sense of confidence in his emerging business career. “Going from where I was undergrad, not knowing what I was going to do, to having that structure, having that plan in place was very assuring for me,” Ford said “It was a great way to start my career, to get my foot in the business world.”

After graduating from the MAcc program, Ford secured a job with Deloitte in auditing. “(Working with Deloitte) was a way to really understand business on a large scale doing external audits for large companies, and I really enjoyed getting to learn about business that way,” Ford said.

After two years at Deloitte, Ford decided to go work for Truxton Trust, a small private bank and trust company, where he finally found his entrepreneurial calling. “I was doing wealth management for private clients and that is where the lightbulb went off in my head, where (I knew) this is something I really enjoy doing,” he said.

Founding His Own Business

In July of 2018, Ford’s entrepreneurial dreams came to fruition when he founded Rosecrete Wealth Management, which offers “investment management, financial planning, and comprehensive wealth management” to “affluent and high net worth clients,” in particular professional athletes.

Ford says that the name Rosecrete recognizes the many challenges its clients have overcome in order to achieve their current success. “The name (Rosecrete) comes from the rose that grows from concrete, a metaphor,” he explained. “Through all the adversity, through all the struggle, its tenacity helps it reach the sun… and I felt like my life was that in a nutshell.” 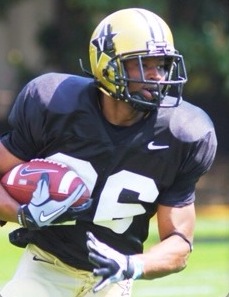 Ford plans to cater to athletes such as himself

Much of Ford’s can-do mentality stems from his experience with sports. As a lifelong athlete, he seeks to provide financial services to others with athletic backgrounds. “My primary target audience is professional athletes and younger professionals who are blazing a trail on their own, maybe the first time in their family to actually go out and do things that people in their family have never done,” Ford said.

So far, one of Ford’s most memorable experiences at Rosecrete has been securing his first client. “I had worked so hard to make Roscrete a thing, because for so long it was just an idea,” Ford said. “To see that I’m going out into the real world, with people who don’t necessarily know who I am, know what I’m doing, but for someone to have the trust in me to be one of my clients was just the biggest accomplishment I could have had.”

Ford has many ambitious plans for the future. Since the NFL draft will occur in Nashville next year, he hopes to represent a client in the draft. Looking even further into the future, he seeks to eventually grow Rosecrete into a household name. “Rosecrete will be a financial services company for the future, for the new generation, and I want to grow with my clients,” Ford said.

Ultimately, Ford is grateful for the ability to live out his entrepreneurial dreams and encourages other aspiring entrepreneurs to get as much experience as possible. “(Entrepreneurship) is one of the most fulfilling things that you could do,” Ford said.

To learn more about the Vanderbilt Master of Accountancy (MAcc) degree, visit the website pages for the MAcc Assurance or MAcc Valuation programs.