4 Steps to Take After an MBA Fair

What to do after attending an MBA fair, from following up with admission officers to resubmitting your résumé

MBA fairs are a great way to discover new schools and network with recruiters, alumni, and current students. But if you’ve never attended one, you might not know how to make the most of it, or what the etiquette is. In our series of articles, we’ll explain how prospective students can maximize their experiences before, during, and after MBA fairs.

In our final installment, the Vanderbilt Business MBA admissions team explains what to do after you leave the MBA fair. 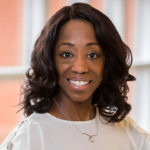 Chances are that you’ll click with certain schools during the fair, enough that you’ll want to follow up with them afterwards. When you write your followup email, the admissions officers suggest referencing a specific detail that occurred during your interactions with the school representatives to help jog their memories. “(That could be) your elevator pitch. Or maybe I commented on those cool glasses you had on, and that’s the way that you’re able to connect back with me to let me know that you were the person I was speaking with at the time,” said Consuela Knox, Director of Admissions Operations.

If you didn’t already submit résumés during the MBA fair, you’ll want to include that with your follow up. Even if you did, you might want to update your résumé later on in the admissions process as you gain more experience and add new skills. “We recognize that people change or edit (their résumés)… If you’re meeting with us in July or August, and subsequently, make changes to your résumé that you want to give us later in the (admissions) cycle, that’s fine. You can always resubmit a résumé,” said Rob Schickler, the Associate Director of Recruiting and Admissions. You can also resubmit other application materials, such as an increased GMAT score.

Broaden Your Perspective at Different Fairs

There are multiple MBA fairs throughout the year, and many business schools have a presence at multiple fairs. If you attend another fair with a different representative from the same school, it’s worth going up to that person, introducing yourself — potentially referencing the admission officer you’ve already met — and saying that you want to hear their perspective of the school.

If it’s the same representative, you may hesitate and wonder if they would not want to see you again — but that’s usually not the case. “Often they do (want to see you again), depending on the interaction before. You could just go by the table, tell them hello, remind them where they met you before, and just tell them that you continue to have interest,” Knox said. 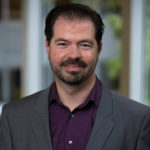 While some undergraduate programs take into account the number of times a candidate engages with the university when they are considering applications, that is usually not the case with business schools. MBA programs typically prefer quality over quantity when it comes to contact with staff and students. “Certainly go to websites, go to information sessions, go to receptions, that sort of thing,” Schickler said. “But do it from the standpoint of information gathering, meeting alumni, meeting staff members. Do it for your benefit; don’t do it because you think showing up and shaking our hand is going to give you an edge in admissions.”