How I Got the Job: Investment Banking Associate, Jefferies Group 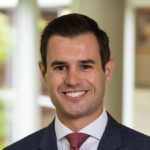 He wanted to be located in Charlotte, NC, so he started looking at the banks in that city and talked to professionals in the field. In his search, he discovered that Vanderbilt was one of the schools that the Charlotte banks recruited from. While talking to Vanderbilt Business alumni, he was struck by how close-knit the alumni network was.

“I talked to a lot of people who are happy to introduce me to classmates that they hadn’t talked to for three to five years, but were friendly enough with in school that they felt comfortable reaching out. So (the network) was really important to me to go to school — I was going to get a lot more out of it than just the academics,” Hagenbach said.

During his first year at Owen, Hagenbach networked extensively on and off campus, even flying independently to New York City and Charlotte to schedule coffee chats with alumni. His hard work landed him an investment banking associate internship at the Jefferies Group in Charlotte. On the last day of his internship, he was offered the full-time role of an investment banking associate. “What I’m most excited about is being in a group that’s well-known for working in the tech services and being really good at it,” Hagenbach said.

Click through Hagenbach’s timeline below to find out how he landed the offer.

How I Got the Job: Nike Global Operations Senior Professional
Read More >
How Does Vanderbilt’s MBA Program Compare to Others?
Read More >
Why Aspiring Entrepreneurs Should Pursue an MBA
Read More >