How I Got the Job: Equity Research Associate, Brandes Investment Partners 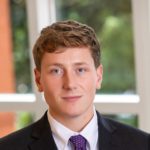 After graduating with a major in Finance from Saint Louis University, Mitchell Cooper (MSF’20) worked as a rotational analyst at TD Ameritrade. During his second rotation, which involved trading analytics, he realized that he missed finance analytics from undergrad. “The trading made me realize I miss(ed) the finance side of things, and wanted a career in equity research, asset management, working with securities,” Cooper said. This led him to apply to the Vanderbilt MS Finance program.

Before the MSF program officially started, the Pre-3 online program helped Cooper come up with a strategy to connect with professionals in equity research and asset management. He built up a network, which was especially helpful to him later during the application process. “I started networking in the summer (at) most places I applied to. I knew someone, and I’d ask about the job, and after speaking to them, I would apply,” he said.

When Cooper entered the MSF program and started going through the interview process, he used his initial talks as a learning base. After interviews, he would reach out to his interviewers and ask about his strengths and weaknesses. “I really hadn’t interviewed prior to joining the program since October of my senior year of undergrad. It was daunting to interview at first, because it had been awhile, so getting that feedback was important to me,” he said.

His hard work paid off in November, when he received and accepted an offer to become an equity research associate at Brandes Investment Partners in San Diego. “I’m looking forward to deepening my understanding of international markets and value-investing with Brandes,” he said.

Click through Cooper’s timeline below to find out how he landed the offer.