One of the most popular Owen traditions is Closing Bell, an all-school social gathering held every Thursday evening
of the school year, hosted by various campus organizations, such as the Armed Forces Club, Owen Venture and Entrepreneurship Club, Diversity & Inclusion Advisory Board, and Owen Out & Allied. These often-themed events give the entire Owen community a chance to congregate, share a meal, dress up (or down), and sometimes get jiggy with it. Here we share some scenes from a few of these events in 2019. 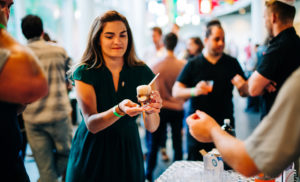 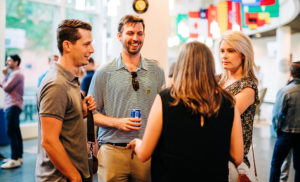 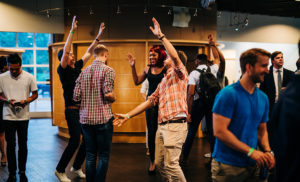 Ben Burkeen, MBA’20; Brittany Hunter, MBA’20; Teddy Dinker, MBA’20, and others
are “Greased Lightning” on the floor at the Grease-themed Closing Bell. 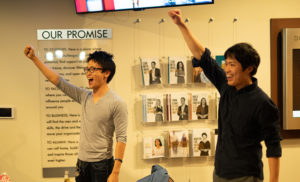 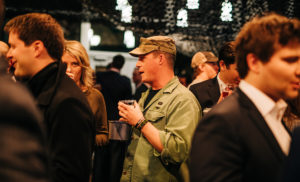 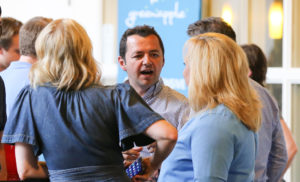 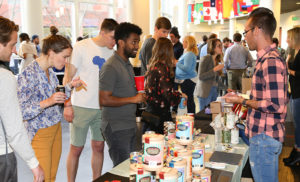 At the 2019 OVEC Closing Bell, a representative from Bang Candy shows off the
Nashville confectioner’s products. 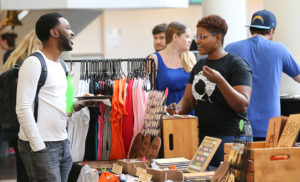 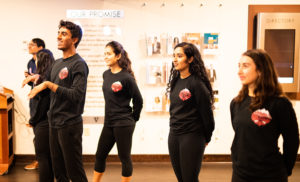 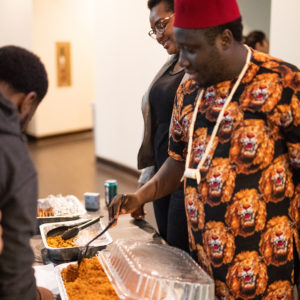