Does a Temporary Housing Frenzy Warrant a Career-Switch into Real Estate?

The dream of a lucrative career as a real estate agent can be enticing – especially in a period of rapid home-price growth. And many Americans are being enticed by today’s surging housing market: the National Association of Realtors saw more than 100,000 members join its ranks in 2021, nearly double the number from the year prior.

But is chasing a red-hot market the right move? New Vanderbilt research finds that people who pivot into a real estate career during a housing boom may be putting their hopes for long-term wage growth at risk. 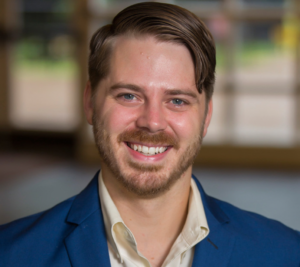 Long-Run Labor Costs of Housing Booms and Busts, a study by Peter Haslag, Assistant Professor of Finance at Vanderbilt Owen Graduate School of Management, finds that individuals who switched into real estate during the 2000s housing boom ended up sacrificing wage growth as a long-term consequence.

The study, co-authored by researchers at Washington University in St. Louis, and the Georgia Institute of Technology, looks at the patterns of that housing boom, “the significant migration of labor into the real estate agent occupation,” and the long-term career trajectories of those career switchers.

The researchers used panel data on millions of people to study the mid-career workers switching to become real estate agents during the 2005-2006 heat of the bubble. Through this short- and long-term data following switchers, the study demonstrated continual “career-related downsides of getting drawn into real estate” during a bubble. The study factored in education and skill level to account for differences in origin career trajectories.

“I think a key aspect from this study is that the housing market in (the early 2000s) bubble areas has recovered from a broad economic point of view,” says Haslag. “Yet the reallocation of people during the boom has left the switchers behind in terms of wage growth.”

Haslag also notes that a salary decrease isn’t the only potential threat to real estate newbies.

“You have to be cognizant that when you enter real estate from another profession (that) you’re going to start to lose certain skills you had,” says Haslag. “For example, if you were a lawyer, you are no longer practicing, and that is going to have implications if you are to decide you want to switch back.”

This study has implications for understanding how market prices influence labor market decisions and the varying long-term consequences of labor reallocation and can apply to housing-related occupations besides real estate agents (i.e.: builders, contractors, etc.).

“It’s important to understand that as housing prices go up and as more people enter into the market, the pie is growing, but the size of people getting a piece of that pie is growing too, so it really doesn’t have a big impact on take-home pay,” says Haslag. “The point is there isn’t a lot of upside per individual as you join the market.”

For those who remain undeterred about switching into the real estate profession, Haslag encourages an incremental approach, which is entirely doable thanks to the nature of the work.

“Real estate is so unique for a lot of different reasons; some people do it as a career, some people do it part-time, a lot of people use it as a second job,” says Haslag. “My advice would be to test the waters before jumping fully in and to consider that if you leave real estate when the labor market is in a funk, it would have been beneficial to have your foot in more than one arena.”

To hear more on the topic of switching into real estate, watch this recording of the February 10 LinkedIn Live session with Haslag and Dean Eric Johnson.