With Tax Day (4/18) right around the corner, Americans are reminded of why taxes are such a hot topic. When you cast your ballot, do you consider taxation?

If you answered yes, you’re not alone. It’s no secret that voting and taxes are civic duties that typically go hand in hand; however, it might be news to you that the uncertainty brought on by elections impacts corporate tax behavior worldwide. 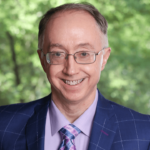 A new global study, soon appearing in print, by Richard H. Willis, Senior Associate Dean for the Faculty and Anne Marie and Thomas B. Walker, Jr., Professor of Accounting, finds that corporate tax avoidance (legal loopholes to reduce tax liability) increases during election years and reduces after the election. Moreover, the level of tax avoidance grows with the level of unpredictability surrounding the election (i.e., how close the election is).

Corporate Tax Behavior and Political Uncertainty: Evidence from National Elections Around the World finds that corporate tax avoidance does indeed increase before elections, and that tax loopholes were reduced or eliminated after the election. “We also found that corporations are more likely to do this for elections that are closely contested or if they are in a country with fewer electoral checks and balances,” says Willis.

Co-authored by Qingyuan Li of Wuhan University, Edward L. Maydew of the University of North Carolina at Chapel Hill, and Li Xu of Washington State University, the study utilizes a global sample of corporations in 36 countries with 158 elections.

Given that there has been a recent uptick in large companies criticized for avoiding taxes, this study creates the opportunity for policymakers to better understand the global issue of tax avoidance and take a step forward in combating it.

“This is an opportunity for us to think about what mechanisms we could put in place to keep tax avoidance from happening,” says Willis. “Since we now know that tax avoidance goes up before the election, maybe we potentially increase regulation during those seasons, or regulators could think of ways to enhance their monitoring to ensure that corporations aren’t playing fast and loose with the tax code.”

The co-authors of this study also collaborated on a second global study, Taxes and Director Independence: Evidence from Board Reforms Worldwide, another forthcoming publication.

To hear more on this topic, watch this recording of the March 21 LinkedIn Live session with Willis and Dean Eric Johnson.