The 2022 NYC Finance Trek connected Vanderbilt MBA students with New York firms and industry alumni. Planned by the Career Management Center (CMC), the Trek is a timely kickoff to the recruiting season for investment banking internships.

“The culture Vanderbilt [Owen] creates of personable touches, like the CMC guiding us in New York to take us to prominent companies and introducing us to an invaluable network, was what I took away from the trip and am so grateful for,” says one student. 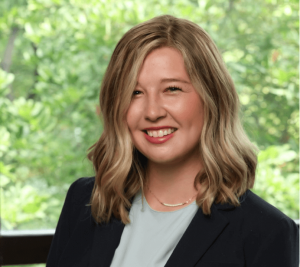 One of the reasons I chose Vanderbilt Owen was because of how dedicated the career center is to helping you find the right summer internship. I had heard about the New York Finance Trek during my application process to Vanderbilt and knew I wanted to attend if I had the opportunity. I came into Owen knowing I would like to go into finance, but was unsure which path under the large corporate finance umbrella I wanted to go down. The New York Finance Trek provided the perfect opportunity to expose myself to different banks and learn about their corporate culture, as well as network with Owen alumni.

The New York Finance Trek was an unforgettable experience and one that I will treasure when I think back on my time at Owen. Although virtual meetings and information sessions are a great opportunity to learn about companies, getting to see a workspace allows you to visualize what it could be like working for that company. I think this was a very valuable experience, because it makes the recruiting process more personable.

Other than visiting banks, we also got to see New York and bond as classmates. The group of us that went on the Trek watched the Opening Bell being rung at Nasdaq. This is something I never thought I would have been able to see first-hand, and Vanderbilt Business provided us with that incredible opportunity. The career center hosted a Closing Bell with all Owen alumni in the New York area, allowing us to expand our network and form new connections. I would recommend the career treks to any first-year Owen student and am grateful I was able to attend. – Kennedy Cooper 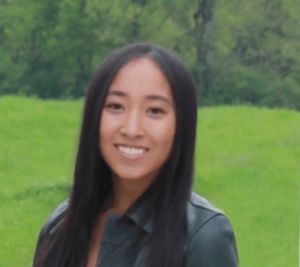 I attended the finance trek to New York City in the hopes of learning more about the cultures of the various banks that recruit at Vanderbilt. Going into the finance trek, I knew that I wanted an internship in investment banking, but it was not clear to me which banks could be the best fit for me. Attending the finance trek allowed me to also gain clarity on what each of the banks was looking for. Although going into the trek, I carried the belief that banks would be looking for the same type of candidate. I was surprised to find that each had its own idea of what the ideal candidate looked like.

A networking event at Nasdaq coincided with the finance trek, and we were fortunate to be able to attend. We not only had the chance to speak with some of the bankers that we had met on the trek after-hours but also were able to network with additional individuals working in New York City. The networking part of the recruiting process is arguably as important as the interview itself, and the finance trek gave us the opportunity to lay the groundwork on which to build our networks.

Coming into the MBA program, I was skeptical about connecting with classmates on a more personal level. But the finance trek was yet another place where I found safety and comfort in my peers, and I will remember that for years to come. I’m looking forward to what the rest of the recruiting process has in store for us as well as the connections that we have yet to make.

The finance trek was an unforgettable experience for me, and I feel fortunate that I was able to share it with my classmates. – Dana Bandi