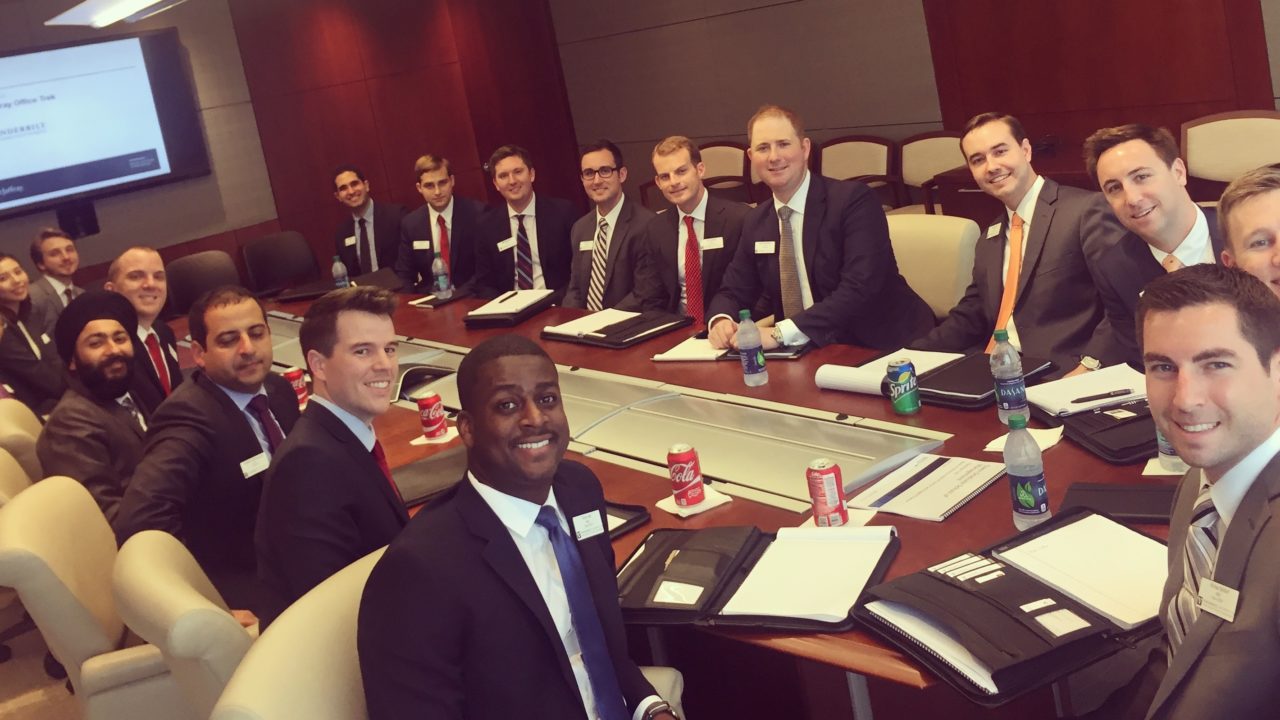 Students check out a boardroom during the Charlotte Finance Trek
Students visited firms in Atlanta, Charlotte, and NYC; check out the Trek's stops with our interactive map

Vanderbilt MBAs have a week off from classes between Mods 1 and 2, but for first-year students, it’s hardly a break. The time is known as Immersion Week, and the days are packed with learning and networking opportunities for students in every career track.

For students looking to enter the finance and consulting industries, Immersion Week is a chance to visit firms in person and network with practitioners. Finance-minded students had the option to visit Charlotte and NYC; those interested in consulting drove down to Atlanta for a day.

“The treks are a condensed job search tool. Students may start their time at Owen thinking, ‘I want to go into consulting’ and perhaps they don’t have first-hand knowledge of that lifestyle and that career trajectory,” said Courtney Fain, Associate Director of Recruiting and Operations at the Career Management Center.

Finance participants met with representatives from four banks in Charlotte, NC and six banks in New York City, with Closing Bell receptions in each city. Students were afforded plenty of opportunities to meet practitioners through company tours, panels, and small group discussions. Many utilized their free time for coffee chats and one-on-one networking with alums in the area.

“Even for someone that has a background in financial services, being able to interface with the banks and the people that work there is tremendously valuable, especially if that bank doesn’t come on campus,” said Rhett Hogan (MBA’19), a former pharmacist. 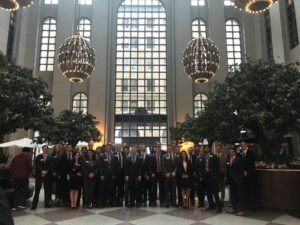 Falling on a Friday, the Consulting Trek afforded Owen students a chance to explore the field while participating in other Immersion Week activities — including BrandWeek, Health Care Immersion, and the Charlotte Finance Trek — before driving down to Atlanta.

Students started the day off at Deloitte, where six alums hosted breakfast and took questions. They drove to Boston Consulting Group (BCG), which broke the students into three groups and walked them through real life cases the consultants had just wrapped up. The day ended at Bain, where students sat through a panel discussion and toured the office building. Students also connected individually with consultants at each firm.

Check out the story map at the end of the article for a closer look at the journey.

The finance treks are a primer on two core branches of financial services: investment banking and private wealth management. This industry knowledge helps students narrow down their preference.

“It was a great for me, and probably anyone from a non-traditional background, to get introduced what an investment banker does and the process for M&A, leveraged finance, debt capital markets, equity capital markets — all of these words and terms that you might hear as you move into financial services recruiting,” said Rhett Hogan (MBA’19), who previously worked as a pharmacist.

The treks also allow students to explore the differences between the firms — their work cultures and office environments — as well as the cities. 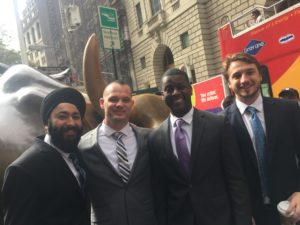 “(The treks) are a very good chance for you to get a sense of what this company is like…they have very different styles and culture. Only if you go to the companies can you experience that,” said Yuwen Cao (MBA’19), who attended both finance treks.

“Not only are you meeting the banks and the bankers…you’re also getting an introduction to the city. That’s the benefit of going on both,” Hogan added.

“Consulting is an industry that’s really dependent on networking. Especially for certain companies, such as Deloitte, their staffing models are networking-based,” said Jacqueline Lim (MBA’19). “It’s almost a prerequisite in terms of recruiting for consulting, going on this trek and being able to make those connections with people.”

Students continue to build these relationships long after the trek, which acts as a natural ice-breaker and gives them something to follow up about via email or the phone. 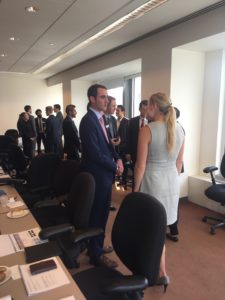 Students network with practitioners in NYC

“I think if you have people you actually had a meaningful conversation with, and you can email them afterward and say, ‘Hey, I really enjoyed getting to talk about this case you were on. This sounded really cool. Can I know more about it?’” said Jason Kaspar (MBA’19).

The smaller group size (30 students) make it easier to connect with consultants at the various firms and stand out in the crowd of applications.

“Being one of 30 is definitely better for (firms) to remember who you are and make those deeper connections,” Lim said.

Relationships aside, networking also offers reference points to mention in cover letters and interviews later in the application process, which can further bolster chances of securing a summer internship in consulting or financial services.

“(Without the treks), I don’t think you would be able to provide as rich of a cover letter or interview or interaction down the road,’” Hogan said. “I’m much more educated now as an applicant for both a summer and/or a full-time position, having gone on the treks.”