Consumer Decisions Influenced by Parenting Stereotypes, Even Among Non-Parents 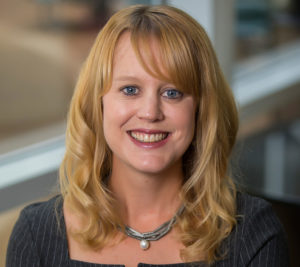 Activating a parenting mindset causes male and female consumers to make different decisions, even if they aren’t parents, according to new research by Kelly Haws, the Anne Marie and Thomas B. Walker Professor of Marketing at the Owen Graduate School of Management.

The study, to be published in the Journal of Consumer Research, explored gender-specific stereotypes in parenting. Despite the movement towards gender equality in recent decades, women are still more likely to be seen as the primary caregivers, focusing on a child’s immediate needs, while men are seen as the breadwinners, focusing on a child’s future needs. In the pilot study, Haws and her co-authors (Yexin Jessica Li of the University of Kansas and Vlad Griskevicius of the University of Minnesota) confirmed that these stereotypes were present regardless of whether or not study participants were parents themselves.

During the early stages of childhood, caregivers (usually female) are focused on immediate needs like food and clothes, whereas breadwinners (usually male) are focused on the future, such as saving money for college. When the researchers primed subjects with this parenting mindset, they found that women were biased towards present needs and men were biased towards the future, even in non-parenting decisions.

In one of the experiments, participants were shown pictures of infants and asked to write about being the parents of one of the babies. Participants then chose whether they preferred to receive a smaller amount of money now, or a larger amount of money later. Women usually opted for the smaller but more immediate financial reward (indicating a present-focus), whereas men usually chose the delayed but larger reward (indicating a future-focus). This trend held true regardless of whether or not participants had children of their own.

Another experiment again primed participants into a parenting mindset, then asked about their attitudes toward rent-to-own businesses. These businesses rent brand-name items to consumers who can’t purchase them outright, but consumers typically end up paying significantly more over time through the rental payments. Because of their focus on immediate rewards, women primed with images of infants had more positive attitudes towards rent-to-own businesses than men did.

Incorporating images and videos of babies is a popular marketing ploy used by many companies, Haws said. Her research suggests that regardless of whether or not consumers have children, both genders tend to fall into the present-focused or future-focused parenting stereotypes. By understanding the bias caused by these parenting mindsets, consumers can start making more informed choices about what to buy and when.

The findings also have implications for businesses themselves. Using similar images of babies in marketing materials may have vastly different effects on consumers, depending on what is being sold. For example, as the experiment shows, businesses that provide an immediate payoff, like rent-to-own companies, can appeal to women’s focus on the present by utilizing images of infants. Conversely, businesses that don’t provide a payoff for some time, such as retirement savings accounts, can appeal to men’s focus on the future—also by utilizing images of infants.

However, it’s important to note that these gender biases can be reversed, as the present/future bias is tied to caretaker/breadwinner roles, and not gender itself. In the paper’s final experiment, women were asked to reverse the stereotype and imagine themselves as the breadwinner of the family. In this case, the women became more future focused and willing to wait for larger, future rewards than the men.

How Much is the Great Resignation Costing Companies?
Read More >
Best of Vanderbilt Business, Academic Year 2021-2022
Read More >
People Change When They Get Promoted, but Not Necessarily for the Worse
Read More >