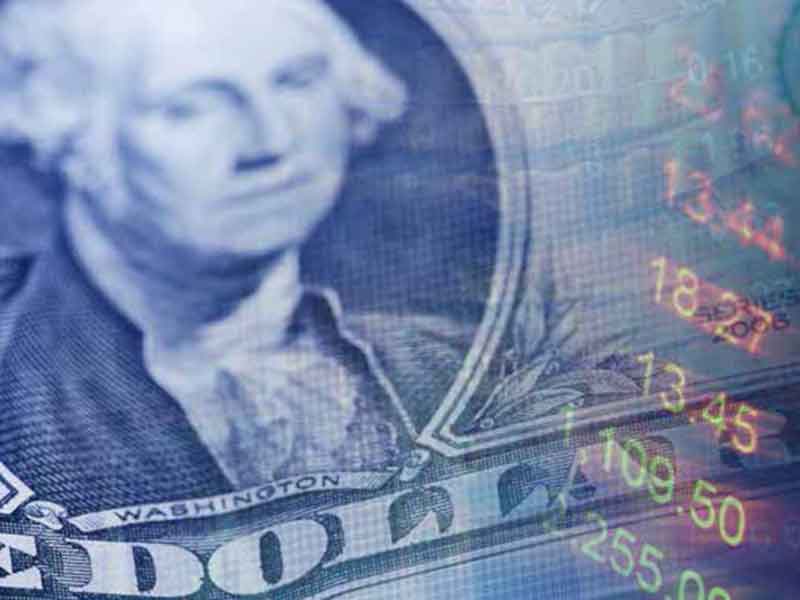 A cheaper diversified portfolio makes ETFs attractive to the masses

When Bob Whaley was creating the agenda for the annual spring conference at Vanderbilt’s Financial Markets Research Center (FMRC), he tore through a variety of business publications looking for possible topics. It didn’t take long before he was “inundated” with articles about exchangetraded funds, ETFs. Exchange-traded funds are passive investment vehicles that track a market index or sector rather than an active (and actively managed) portfolio. Because the composition of assets is predetermined, ETFs don’t employ large investment teams, resulting in lower—in some cases, almost zero—management fees. “If you buy SPDR, you own a small share of all 500 stocks” in the S&P 500, explains Whaley, the Valere Blair Potter Professor of Finance and director of the FMRC. But whether passive ETFs are a good thing or not is a hotly debated topic in finance
circles these days. It’s also a question that gave the FMRC its theme for the May conference: “Exchange-Traded Products: Blessing or Curse?” Each year the FMRC conference brings together academic researchers and leaders from the financial markets to focus on various aspects of a timely topic. Participants came to Vanderbilt last spring from as far away as Israel and Australia. Since 1993, when the American Stock Exchange launched a fund tracking the S&P 500, ETFs have mushroomed, capturing more than $4 trillion in global market value. Eighty percent of that growth has taken place since 2008. Today these funds represent more than 30 percent of all traded value in the United States.
In addition to lower management fees—and brokerages offering commission-free trading in many cases—they also offer a variety of tax benefits. Perhaps most important, however,
ETFs provide an effective, low-cost way to diversify an investment portfolio, mitigating the risks of concentrating too heavily in a particular asset. Yet, ETFs have their detractors. A 2017 headline in Business Insider warned readers of “‘A huge risk of contagion’: Everything you need to know about ETFs—the hot investment area that some think will cause the next financial crisis.” The article noted that some observers fear that ETFs have never been tested during an economic downtown in the decade since they grew to prominence. Others argue that, in reducing the risks associated with investing in individual stocks, ETFs encourage passive investors to favor large-cap, high-profile companies based more on their size and name recognition than on fundamentals. In this way, the argument goes, ETFs could distort the market, lead to overvaluation of the large companies—and even exacerbate the effects of a major market correction. Critics also point to the collapse in February of the VelocityShares Daily VIX Short- Term exchange-traded note (XIV, for short), whose very name speaks of its exotic niche: tracking short positions in VIX futures. The day after the VIX—the volatility index that Whaley developed for CBOE in 1993 saw

its largest one-day increase ever, XIV lost more than 96 percent of its value. Although XIV’s failure affected a very small segment of investors, and the fund’s $1.9 billion in assets represented a tiny sliver of the exchange-traded market, the news nonetheless sparked worries in some quarters about risks these vehicles might pose. Whaley dismisses such concerns, however, coming down firmly in favor of ETFs and passive investing. “I don’t think there is a curse side,” he says, noting that he worded the conference title as he did mainly to spark debate. Jesse Blocher, an assistant professor of finance who also participated in the FMRC conference, agrees. “Mostly ETFs are a blessing,” he says. “A fair amount of research has tried to find problems. There are some papers that have shown some things, but the effects can be so small that you kind of have to squint to see them.”
For example, one paper presented at the FMRC conference examined the effects of “intraday share price volatility” among leveraged ETFs. Because leveraged ETFs do not hold the actual assets that make up the underlying index, returns on these products are achieved through private swaps with counterparties. To maintain their required exposure, swap counterparties must rebalance their holdings, and most of this activity occurs in the final half-hour before the close, which leads to increased volatility. The researchers noted, however, that the effect of these trades was ordinarily too small to create much impact except on days when market fluctuations were unusually large. Another paper presented at the conference found that, for bonds, inclusion in an ETF lowers yield spreads and affects the liquidity of the underlying assets. However, the negative effects on liquidity appeared limited to investment-grade bonds, with no significant impact on transaction costs for high-yield bonds. And, the researchers concluded, overall liquidity could improve as bond investors are able to transact more in highly liquid ETFs. Blocher considers any negative effects connected to ETFs to be the normal “growing pains” associated with relatively new investment vehicles. “People are still figuring out how these things work,” he says. “Assuming you’re paying attention to these things, they’re pretty useful for everyday people. You don’t have to spend a lot of money to get a diversified portfolio.”

WHY ETFs MAY GET EVEN CHEAPER
Since its initial big bang, the exchange-traded universe has expanded to include a broad range of classes, ranging from bond indices— an especially important development, Whaley notes—to real estate, currencies and commodity futures. Conference attendees heard a presentation about the possibility of a Bitcoin ETF if backers can persuade the SEC to grant approval (they failed in 2017). Short sellers use inverse ETFs—including leveraged double and triple inverse funds—to profit from declines in broad sectors or even specific industries, while avoiding the need to hold a margin account. The tremendous growth of ETFs may lead to even lower costs, according to research by Blocher and Whaley that was discussed at the May conference. To generate additional income on top of investment fees, many ETF providers offer short-term (often overnight) loans of their underlying stocks to short sellers. “Securities lending remains one of the mostopaque markets,” Whaley says. “Funds have to disclose their securities lending activity, but you must go through 200-page documents. We had a battery of 15 research assistants going through these.” Blocher and Whaley found that, while while securities lending by ETFs has increased 500
percent since 2009, the practice is still greatly underutilized. In fact, 43 percent of funds reported lending no securities at all, while funds that lend securities reap only 10 percent
of their potential earnings. As Blocher and Whaley concluded, the revenue opportunities from securities lending mean it is possible for ETFs providers not only to eliminate investment fees, but to begin paying customers to invest. Opening ETFs to employer retirement plans also could help boost volumes and lower costs. Blocher says most 401(k) plans do not offer ETFs, except to very sophisticated investors who are willing to manage their own retirement funds. However, if the U.S. Department of Labor changes its rules to allow 401(k) s to invest in ETFs, the shift away from actively managed funds will likely accelerate. “You can’t capture everything, but ETFs will continue to capture market share,” Blocher says, adding that despite the continuing growth, he doesn’t foresee active traders, or actively managed portfolios, going away. “ETFs contain room for active traders to arbitrage around them. It’s almost like an ecosystem, where you get all different kinds of traders.”

For now, it appears that the biggest impediment to further expansion of ETFs may be simple lack of awareness by investors. Whaley says one of the conference papers he disagreed with argued that, when it comes to ETFs, “there’s no such thing as a free lunch.” Whaley’s reply: “You just don’t know the free lunch is there.”

Randy Horick, BA’82, owns Writers Bloc Inc. and is a Nashville freelance writer and editor. With an undergraduate degree in history and journalism from Baylor University, the former advertising copywriter earned his master’s in history at Vanderbilt.