If you want to gauge the hot areas of the economy—whether it’s technology, real estate or private equity—listen to the career aspirations of incoming business school students. Similarly, if you want to get a read on the future of business and business education, look to the Owen School’s newest faculty hires. A case in point is Kejia Hu, assistant professor of operations management. She uses a data-driven approach to investigate performance in service organizations. Hu says the explosion of real-time data allows managers to make decisions based on empirical fact rather than simply guessing at what consumers want. “Jewels are buried in the data. Data is like a goldmine,” says Hu, whose work explores how the rise of data is shifting operating models. “All we need to do is use the right tools … to dig out the valuable information we can share with the business world.” Hu joined Vanderbilt in 2017 after earning her Ph.D. in operations management from Northwestern University’s Kellogg School of Management. She is part of a recent wave of new faculty hires who are broadening the Owen School’s perspective in terms of gender, ethnic backgrounds and research interests. Dean M. Eric Johnson says the new hiring—a result of both natural attrition and the addition of an undergraduate business minor— has brought fresh energy to Management Hall. “There’s a wonderful dialogue happening at Owen right now,” Johnson says. “New faculty are bringing in novel ideas, problem-solving approaches, and ways of teaching students.” At Owen, faculty offices are assigned in a way that intentionally places professors from different disciplines next to each other, says

“If you really want to create something revolutionary in the business world, the service industry is the place with the highest probability of success. ”—Kejia Hu

Richard Willis, associate dean and the Anne Marie and Thomas B. Walker Jr. Professor of Accounting. “Scholarship is always being updated. The younger faculty bring fresh new perspectives and new ideas with them, which makes for an exciting and vibrant environment.”

For Hu, companies like Uber and Netflix offer a window into the future of service-oriented business models by responding to customer preferences and needs in real-time. “Netflix uses customer data to back up their next series or documentary or movie,” she says. “This all comes from learning the customer side of a service business.” Data is nothing new for Hu. In high school she would track her academic performance, documenting which mistakes she made in each subject, using the information to improve areas of weakness. As a Ph.D. candidate she saw billion-dollar startups using similar methods to improve their own performance, which led to her current research interests.

“If you really want to create something revolutionary in the business world, the service industry is the place with the highest probability of success,” Hu says. “Services are definitely going to change the future—just look at the past 20 years.” 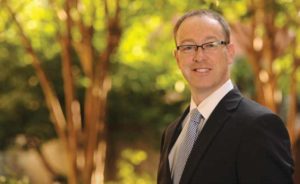 Josh White, assistant professor of finance and a former economist with the U.S. Securities and Exchange Commission, has been at the Owen School only for one full academic year, but he’s already taught students across four different degree programs: MBA, Executive MBA, Master of Science in Finance, and Master of Management in Healthcare. He also helped teach the inaugural Accelerator Finance Bootcamp to college students last summer.

White’s students range from nurses and physicians who have no finance experience to mid-career professionals already in the field—sometimes in the same class. To accommodate such a wide range of experience, White says he thinks about the students’ goals for taking his classes as he puts together his curriculum and plans examples for each class.

“When you start engaging the students, you have to figure out: Why are they here in this class? Not because we say they have to take it, but what are they hoping to get out of this class? Are they wanting a tool for their current job or something for their personal investments?” he says.

White, who taught at the University of Georgia’s Terry College of Business, often brings his SEC experience into the classroom. “I think the MBA students like when I can tell them, ‘Hey, this is what happened at the SEC,’ and share SEC stories,” he says. “It’s really informative as an instructor.” The experience also has helped inform White’s research agenda.
At the SEC, White drew on transaction-level data to examine fraud in penny stocks, equities that trade over-the-counter instead of in regulated markets. That work has led to his interest in Initial Coin Offerings, or ICOs, which sell cryptocurrencies often meant to fund a company’s operations. Given the lack of regulations governing the market, he sees parallels to penny stocks. In addition to his work around investor fraud, White is working on research exploring factors that affect corporate disclosures, such as cybersecurity breaches and state-level election cycles.

“I think the MBA students like when I can tell them, ‘Hey, this is what happened at the SEC,’ and share SEC stories.”—Josh White

During the years of his Ph.D. program, he honed a research philosophy based on frequent conversations with his mother, a nurse. “If you can’t explain your work so that anyone can understand it—technical details notwithstanding—then you don’t really understand it,” he says. 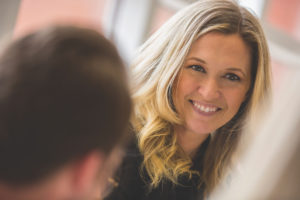 Kelly Goldsmith, an associate professor of marketing, came to Vanderbilt in 2017 after teaching at Northwestern’s Kellogg School. And if her name rings a bell, it may be because she was a contestant on Season 3 of the CBS show Survivor. Today, perhaps fittingly, Goldsmith’s research focuses on how consumers behave when faced with scarcity.

But it wasn’t Goldsmith’s star turn on the reality show that sparked her interest in how humans act when forced to do without; rather, her interest grew from her experience of entering the job market amid the 2008 financial crisis.

“Lots of people were studying scarcity, but different silos of people were studying it independently,” says Goldsmith, who was named among “Eight Young B-School Professors on the Rise” in 2014 by Fortune magazine. She and her fellow researchers asked, “How can we take a step back and advance a broader understanding of what scarcity does to people in different contexts?”

One immediate finding that emerged from her academic research was that, as marketers showed ads of consumers coming together to help one another during the recession, this reminder of scarcity actually primed audiences to think about their own self-interests instead.

However, scarcity does not always lead to negative outcomes, Goldsmith says. A forthcoming paper finds that people often make better decisions when faced with scarcity versus when they have an abundance of options.

“I want to get the next generation of people fired up about marketing.”—Kelly Goldsmith

One thing Goldsmith does not lack is an enthusiasm for teaching.

“I want to get the next generation of people fired up about marketing,” she declares, noting that Owen is working on a speaker’s series that features marketing professionals, as well as an awards program for marketing students. “I’m all about doing anything I can to contribute in the most meaningful way for students.”