How Do We Define Healthy Eating?

Few behaviors are as universal across all societies and species as food consumption. What and how we eat is often central to our daily decision-making process. Not only is the worldwide food industry valued at $2.5 trillion, but its consumer trends frequently correspond with health and public policy decisions. 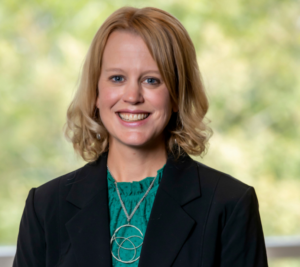 A new study published in the Journal of the Association for Consumer Research (JACR) investigates how consumers define healthy eating and make decisions while exploring different forms of intervention and considerations for future research. This study is part of a special edition of JACR, which expands on previous research into healthy eating interventions.

Is there a Consensus on Healthy Eating?

“Paths to Healthier Eating: Perceptions and Interventions for Success,” co-authored by Kelly Haws, Anne Marie and Thomas B. Walker, Jr., Professor of Marketing at Vanderbilt’s Owen Graduate School of Management, uses the lens of consumer psychology to better define the subjective and personal perceptions of healthiness.

“I think that perception drives decision-making more than any kind of actual nutritional profile,” says Haws. “We see that, over the years, the media drives what consumers perceive as healthy.” For example, several years ago, there was widespread criticism of high fructose corn syrup, but lately, the conversations revolve around gluten being the popular unhealthy component of many diets.

The researchers surveyed 499 US-based participants to examine how American consumers think about healthy eating. They were intentionally vague about defining “healthy foods” to draw that perception from the consumers. The researchers asked participants to rank a list of 12 considerations when making eating decisions. Taste ranked the highest by a wide margin, followed by hunger, cost, nutrition, and health. Social bonding and religion/culture rounded out the bottom of the list, with weight control, habit, time, and convenience falling in the middle.

“We have different motivations when we make eating decisions, and I think one of the least studied by consumer researchers is the role that cost plays,” says Haws.

The researchers also created word clouds made up of responses to what healthy eating means and why it matters. The breadth of responses supported their suspicion that a less dichotomized approach to healthy eating—where food is viewed as either good or bad—was needed.

“Keywords from the word cloud were things like balanced meal and balanced dieting,’’ says Haws. “Those themes were there and acknowledged by people as an important concept for healthier eating.”

The researchers then developed a 3-pronged framework to structure their understanding of consumers’ perceptions and map subpaths toward healthy eating intervention. It consists of food types, quantity, and balance or overall variety of food.

The participants ranked the 3 paths based on importance  to healthy eating. Type barely nudged out quantity and balance as the most important. Finally, they assigned 10 subpaths across the 3 paths and had the participants rank their importance. The top-ranked subpath emphasized eating more nutrient-rich foods, which fell under the type pathway. Eating healthier foods more or less often — both quantity subcategories— followed, and eating a balanced diet rounded out the top choices.

The researchers organized the articles for this special issue of JACR into 3 different approaches to healthy eating intervention: cognitive, affective, and behavioral. Using this evidence, they determined that cognitive interventions occur when consumers are informed of portion sizes, nutrition, and even environmental impact. Affective interventions are when consumers are prompted to recognize the sensory pleasures and emotional outcomes involved in consuming healthier foods. Finally, behavioral interventions involve consumers eating traditionally unhealthy foods but changing how they approach consumption. For example, in one study, participants who baked their chocolate chip cookies ate fewer cookies than those who didn’t.

“For the average consumer there’s more than just following a super-strict diet and still having an overall healthier path,” says Haws. “I think that’s probably going to be more sustainable in the long run.”

The researchers emphasize that understanding context is crucial when analyzing eating decisions.

“We can find a particular result or response in a research laboratory situation, but when you put people in the real-world, a grocery store, restaurant, or their homes with the refrigerator and pantry, there are many other things that can intervene and make an impact on their decisions,” Haws says. “Anything we can do to close the gap between ‘laboratory eating’ and real-world eating would lead to better understanding of how people make these decisions.”

To do this, the researchers suggest future studies use the 3 proposed paths and their subpaths to help frame how healthy eating varies across contexts.