The Worth of Cringe

Do you remember Pepsi’s 2017 ”Live for Now” advertisement campaign? The campaign attempted to address racial issues in America by implying that sharing a Pepsi could resolve them. Following the release of the advertisement, Pepsi’s online mentions increased significantly and were overwhelmingly negative. Nearly 5 years have passed since the commercial aired, and people are still cringing over it.

Brianna Escoe, Senior Lecturer of Marketing, and Anthony (Tony) Salerno, Associate Professor of Marketing, study the emotion of cringe; their paper That’s So Cringeworthy! Understanding What Cringe Is and Why We Want to Share It is currently undergoing the peer review process at a top marketing journal. 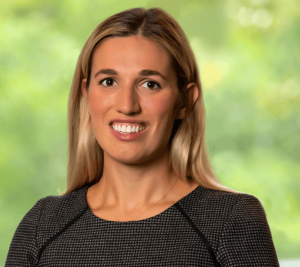 So, what do marketing professionals need to know about the emotion of cringe? Escoe helps answer this question below.

Consumers cringe when brands miscalculate the appropriate way to persuade or form a positive impression in the minds of the consumer. In that miscalculation, brands end up violating a social norm.

“If you can think of a brand that thinks that they’re making a strong cultural statement, but instead ends up saying something that’s pretty offensive, that’s one-time cringe can occur,” says Escoe.

Cringeworthy content is most often presented in the form of advertisements but can include all forms of content, even information revealed about employees, like personal scandals of CEOs.

When it comes to cringe, not all press is good press 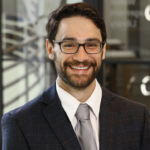 “One of the main findings of our paper is actually that cringeworthy content drives word of mouth,” says Escoe. “When content is released from a brand and is deemed cringeworthy by consumers, they talk about it with each other, and it leads to a huge viral response.”

A viral response is tempting to many marketers, but in the case of cringe, Escoe and Salerno find that consumers are quick to judge and blame brands for the uncomfortable feeling that cringe arouses. For example, Subway released a cringeworthy commercial that went viral with Russell Wilson. The commercial was the punchline of many jokes on social media, and Subway ended up pulling the advertisement off the air and the sandwich off of menus.

“So yes, while cringeworthy content does drive virality and gets your name out there, we find that the majority of the sentiment around this is actually negative,” says Escoe. “For many brands, it results in them pulling whatever cringeworthy advertisement and wastes money.”

How can you prevent cringe?

“Making sure that brands know the appropriate way to discuss and participate in the conversation on whatever social platforms they use is extremely important,” says Escoe.

“Brands should test consumer reactions before fully releasing an advertisement,” says Escoe. “Once you have released the ad, you should immediately engage in social listening. Remaining aware of any negative discussion around the content and responding quickly when necessary.”

“Diversity of thought is really important here,” says Escoe. “Making sure your team has people with different perspectives and experiences can stop a cringeworthy tweet or ad before it ever happens.”

A loyal consumer base can help

The saving grace of a brand that releases cringeworthy content is a loyal consumer base, which is less likely to talk about the brand in a negative light or reshare anything that is cringeworthy.

“Loyal consumers will not share content that negatively paints the brand because in doing so, it would almost be hurting those consumers themselves, because they see your brand as part or extension of themselves,” says Escoe.