Liquid Death has enjoyed remarkable success throughout its short life. Founded in 2017 by Netflix veteran and punk rock/metal musician Mike Cessario, the canned water company can be found in over 29,000 stores throughout the U.S. It has raised millions in venture capital funding and secured lucrative partnerships with companies like Live Nation Entertainment.

Much of the company’s success can be traced to its aggressive and irreverent marketing campaigns, which trade on the type of humor and themes commonly associated with metal and punk rock communities. Liquid Death wasn’t surprised to see its early promotional efforts resonate with fans of metal and punk rock, but it did not expect them to appeal to a much wider audience. 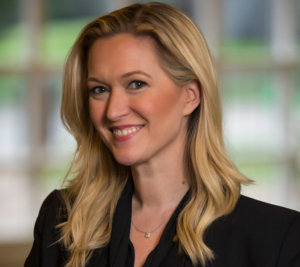 “Liquid Death did what some would say is impossible. They took a highly commoditized product, water, and elevated it through innovations in branding,” says Kelly Goldsmith, E. Bronson Ingram Professor of Marketing and the co-author of the case study Liquid Death: Water Made Metal.

Bottled water is a $20 billion business in the U.S., with new and established brands competing aggressively for market share. Liquid Death is designed to be the “Red Bull of water,” and initial results suggest it has the potential to reach that status. Can it grow its customer base while maintaining its image? Goldsmith and her co-authors offer up several potential avenues for growth, challenging students to put themselves at the helm of Liquid Death and determine the way forward.

“This case is great to teach because it really pushes students to consider what makes a brand cool and the unique role that culture can play in marketing. Many students come into marketing thinking selling to as many people as possible as often as possible is the goal, but Liquid Death illustrates that being ‘proudly not for everyone’ can have important benefits for developing and sustaining meaningful product differentiation in a crowded space.”

Liquid Death: Water Made Metal is available through Ivey Publishing.