Building a business is challenging, and mistakes are inevitable. Sometimes those mistakes are catastrophic, and your entire business model gets scrapped. 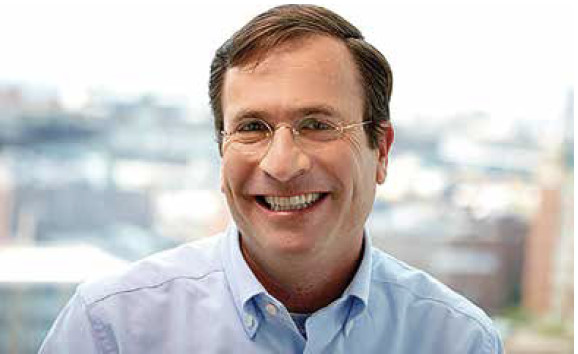 Russell Fleischer, MBA’91, is a three-time software CEO and currently a general partner at Battery Ventures, a global investment firm, where he focuses on investments in enterprise software.

This is politely termed a “pivot,” and many successful CEOs have pulled off one (or several). But these days, in a volatile stock market, investors are scrambling for safety, and a CEO courting big-time “failure” in any industry inspires less confidence. Bouncing back from a substantial failure just may not be possible. So how do you avoid catastrophic failure? Somewhat counterintuitively, I think it’s through a series of smaller failures. As a software company CEO who navigated up and down markets, I always urged my teams to “fail fast,” but small.

In other words, don’t deliberate excessively—be thoughtful, but make key decisions and move on, knowing you can fix some mistakes later. Now that I invest in software companies, instead of managing them directly, I still like this approach. I don’t believe it’s very tough to implement—as long as you can focus on it and block out external distractions.

At a high level, creating an environment that encourages decision-making without the fear of failure frees up an entire organization to execute against its objectives and, most importantly, take care of customers. But most operations I’ve seen are surprisingly reluctant to experiment in big and small ways—let alone make quick decisions. I saw this constantly when I ran my businesses. Many of my teammates felt they needed to conduct an exhaustive study on the smallest of decisions before bringing an answer back to the broader team. Pricing a new product, for example, was always a source of consternation. My marketing teams would want to scour the landscape, find every possible competitive example, enlist consultants, spend time with industry analysts, and create complex algorithms before making a pricing decision. You get the idea.

Be thoughtful, but make key decisions and move on. You can fix some mistakes later.

I’d reorient them by reminding them we weren’t dealing with a heart transplant patient on the table. I told them that if we make a mistake, we can fix it—so let’s run a few test cases, find real-world situations where we can work with live prospects and test pricing that way. After a couple of sales cycles, we’d have it right and could go to market more broadly. That iterative approach served us well and helped us get the details right for a broader audience.

Another thing I liked to encourage my team to do was “act,” instead of “meet.” We were so incredibly busy, we didn’t realize how man minor decisions we tabled through endless discussions—or how those everyday delays gummed up the works.

Now, as an investor in midsized software companies, I see this same scenario play out all the time. When you’re leading a business in growth mode, every decision feels enormous. It’s easy to become paralyzed. But you shouldn’t. Instead, you should opt to Think. Decide. Act. Here’s how my motto works in more detail, and how it allowed the companies I ran to move forward more efficiently, try more new ideas and make real progress toward goals.

Think.
For every 10 decisions, you make, get seven right, and fix the other three later. I’m not encouraging you to make rash decisions, but you can’t spend too much time on the thinking stage. Discussion and deliberation all matter. However, the key is to move through this phase quickly—go over the evidence, discuss pros and cons, and determine exactly what’s holding you back from making a decision and whether that’s important. Schedule the moment of decision in your calendar, and set a timer for discussions if you have to. Keep the thinking stage active, concentrated, and time-delimited.

Decide.
If you let the pressure of running a project or a company get to you, you’ll keep putting off the decision. That delay can be fatal. Once you’ve processed the evidence in favor of each potential option, just choose. Remember, we’re aiming to make 10 decisions and get seven of them right. That’s a 70 percent success rate. That’s a C on a multiple-choice test. Decide and move on.

Act.
Once you’ve decided, put that decision into action immediately. Come up with a plan, calendar it out, and get moving. I’ll take a good answer today versus a perfect answer in a month. You can’t fix your three mistakes until you’ve made them. Take action fast. If it looks like your plan isn’t working, go back to step one, think some more, and repeat.

The only way to realize your company’s full potential is to keep making the small decisions that move you forward incrementally every day. So Think. Decide. Act. It’s that simple.