Messy Eating Can Curb Your Appetite

For many Americans, the words “stuffing,” “potatoes,” “pies,” “seconds,”, and “leftovers” take on additional meaning at this time of year. Indulging in the comfort of homemade meals, often accompanied by friends and family, is a sacred tradition. It may also pose a challenge for people trying to adhere to personal health and diet goals. For those looking for help regulating their consumption over the holiday season, new research from Vanderbilt marketing faculty offers a novel suggestion: play with your food! 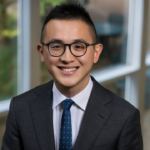 In a recent study published in Appetite, Freeman Wu, Assistant Professor of Marketing and Kelly L. Haws, Anne Marie and Thomas B. Walker, Jr., Professor of Marketing, found that eating messily (which degrades the visual appearance of food) can speed up the rate of satiation (the experience of fullness). The authors call this concept “the messy satiation effect”; eating messily can make you feel fuller quicker, causing you to eat less.

“What we’re finding is that when people eat in a messy manner, it more quickly decreases the appeal and perceived tastiness of their meal, which in turn accelerates satiation,” says Wu. “Further, we found that it’s a relatively common phenomenon, as over half of those surveyed in our studies indicated that they have engaged in this behavior before.”

The Messy Satiation Effect: Understanding How Eating Messily Can Accelerate the Rate of Satiation and Reduce Consumption, through 5 experiments, the authors utilized various foods and consumption contexts.

In one experiment, participants in the lab were given a slice of carrot cake to eat and were randomly assigned to one of 2 conditions. In one condition, participants were instructed to eat their cake in a neat manner, whereas in the other condition, they were instructed to play with their carrot cake as they were eating it. The authors found that those in the latter group ate significantly less and felt greater satiation as well.

In another experiment, participants were asked to imagine consuming a piece of chocolate cake. The 3 conditions were: messy, neat, and messy = tasty (participants received information that flavors combined best in messily eaten food). Once all participants imagined eating some cake, they were presented a partially eaten slice, either in a neat or messy condition.

Participants who received a piece of chocolate cake in Neat Condition enjoyed the dessert more than those assigned a piece in messy condition.

Wu, Haws, and their co-author, Kevin L. Sample, Assistant Professor of Marketing at the University of Rhode Island, also found evidence that messy eating on its own can lead consumers to feel fuller faster and eat less when they are led to believe that messy food is tasty. Participants in some of their experiments were told that messy food is tastier due to a combination of flavors.

“It’s interesting because we were essentially able to turn off the effect when people are told that eating in a messy manner actually enhanced the flavor of the food, suggesting that the perceived tastiness of messily eaten food does seem to be the underlying driver of this effect,” says Wu. 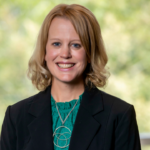 The authors note that people trying to reduce food intake or combat overeating should keep in mind the findings of this study, “given the ease with which this simple behavior [of eating messily] can be implemented into one’s daily life.” Additionally, the authors note that those utilizing the strategy to eat messily to reduce consumption should do so with care given it may unintentionally increase food waste further down the line.

“Although the notion of playing with one’s food does not exactly constitute proper etiquette or comport with typical parental guidance, we show that this manner of eating can carry positive consequences in certain situations,” the authors write. “This research provides an easily actionable intervention for consumers who may be struggling with overconsumption, with the possible added benefit of providing such individuals with the perfect excuse to play with their food.”